Geographers, for our sake, divide the mountains into three large regions: northern, central and southern Appalachia. We at The Park on Main rest almost nonchalantly in the southern end.

The Formation of the Mountains

Erosion had eventually flattened the Appalachians some 65 million years ago. The continental shifts lifted the terrain during the Cenozoic Era, which rejuvenated streams and created the unique and beautiful mountainous ranges. The era is the most recent of the three major subdivisions in animal development and concluded about 23 million years ago, according to the University of California’s Museum of Paleontology.

Heavy deposits of anthracite and bituminous coal are found in the Appalachian Mountains. Some mountain plateaus contain iron and zinc.

Hiking Whiteside Mountain is one of the most popular activities in the area, and the trail parking lot for the mountain is just seven miles northwest of the hotel. The two-mile hike is described as being easy to moderately difficult, but well worth the incredible sights available from multiple viewpoints at the top.

Other notable sights include the winding trail going down, the staircase path headed up and the straight drop-down viewpoint from the sheet rock cliffs.

Let’s start our tour by making our way to Whiteside Mountain between Highlands and Cashiers on U.S. Highway 64. The highway that runs along the Jackson-Macon county line is known as the “big view” overlook, according to Highland Hiker. Turn onto Whiteside Mountain Road and go one mile to the parking area on the left. The fee to take the mountain trail is $3. Trekking along the trail gives hikers a panoramic view of the entire area, but Shortoff and Yellow Mountain rise to the north and Chimneytop Mountain appears on the eastern horizon.

Look south to the foothills and Piedmont (and Lake Keowee). Direct your line of sight to the west to the Nantahala Mountains and views of the Appalachian Trail. The mountain’s summit climbs to 4,900 feet, which is about 2,000 feet higher than Whiteside Cover to the south.

The 2-mile trail takes about an hour and loops around the back and north side of the mountain and to the right, rising about 500 feet.

Now to The Courthouse

It’s called Devil’s Courthouse, but only by name. To reach this trail, follow the Whiteside Mountain trail to the left to the old jeep trail then to the clearing.

The Whiteside Mountain trail veers to the right; Devil’s Courthouse goes to the left, across the clearing. 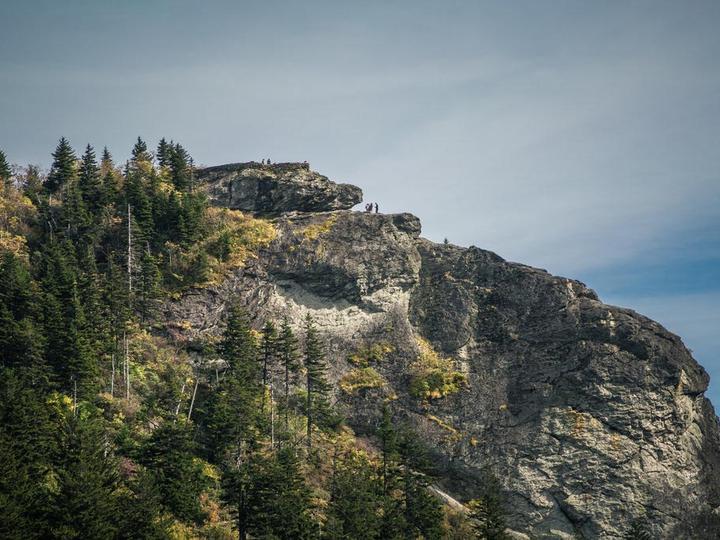 This trail is rugged and less traveled, winding down the side of the mountain. Keep going straight; avoid the spur trail on the right. The trail opens into a clearing and descends to the left and to the right.

Keep going straight along the ridge until the trail begins to rise and veers to the right, moving along the left side of the ridge. The trail ends at the Devil’s Courthouse. This is the view, the awe – with three sheer cliffs on three sides.

North Carolina’s mountains are home to some amazing scenery. During the autumn months, these landscapes are full of beautiful changing leaves. This fall foliage draws visitors from far and wide. We present some of the top places to see fall foliage in Highlands in the fall. But first let’s explore why the colors change. 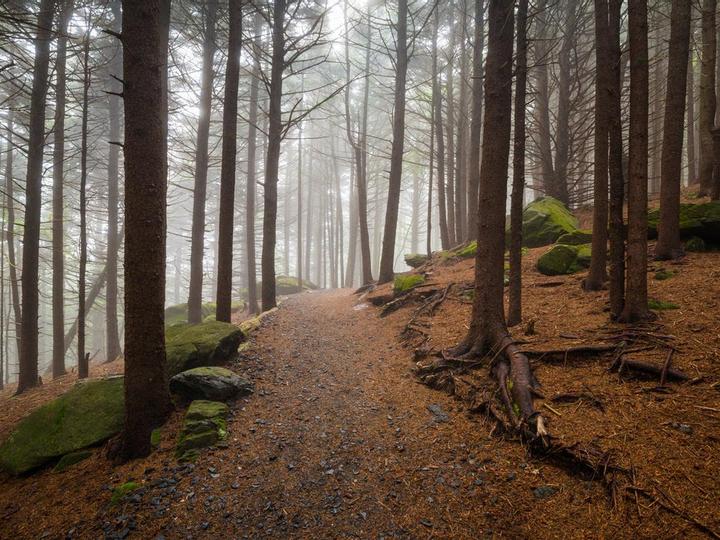 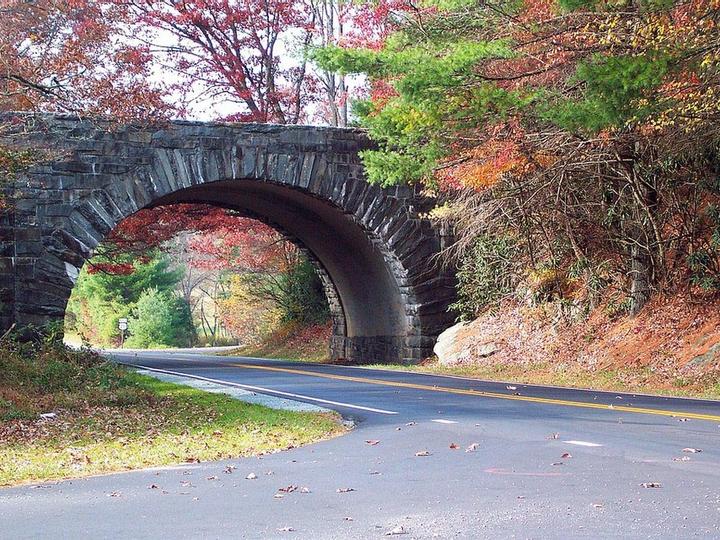 Why Do Leaves Change Color?

During the spring and summer months, chlorophyll in leaves produces energy for trees. When the temperature and level of sunlight change in the autumn, that compound breaks down. As this happens, the green color disappears. The carotenes and xanthophyll pigments now become visible. These oranges and yellows are known for their beauty.

Any area at an elevation of 3,500 feet or more will have heightened color. This is why the mountainous terrain in North Carolina is such a good place to see them. Leaf peeping season in North Carolina lasts from October to mid November.

Where to See Foliage

Highlands, NC is a small town with a sophisticated feel. Nestled within the Southern Appalachian Mountains, this is a great area for hiking and spending time in nature.

There are cultural activities abound in Highlands. There are also great accommodations, including The Park on Main®. This hotel is a pet-friendly, luxurious place to rest after a hike in the great outdoors.

Maximize your experience with us by selecting one of our hotel’s deals when you book your stay.
Read more

Our dog-friendly hotel is close to a variety of pet-friendly dining options for optimal convenience.
Read more

Premium hotel rooms situated at the base of the Southern Appalachian Mountains.

Located near a variety of breathtaking waterfalls and nearby hiking trails.

Our property is completely dog-friendly & focuses on pampering you and your pet.

FacebookTwitterInstagramTripadvisor
Made with by Bookassist